​AHHAH is proud to be guided by a stellar team of industry leaders and educators. 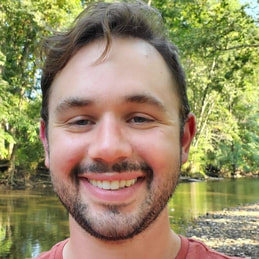 Peter Mike-Mayer "In the wealthiest nation in the history of the world, it is a crime that we incarcerate children as a solution to the adverse conditions of poverty, trauma, abuse and neglect. Not only does this further amplify their neglect but it stimies their executive functioning development; their resilience; self-reflection; and emotional regulation. Our children are our greatest resource, and programs like the ones offered at AHHAH see youth come alive: recapturing their developmental progress. Growing up my life was encumbered by family dysfunction, addiction, isolation, and financial fears. Many adults in my life, including my own father, refused to show up to protect or support me or our family; I learned firsthand how meaningful it is when adults show up for and champion youth. My heroes are Martin Luther King Jr. and Bernie Sanders. They remind me that moral truth, and being right is often a lonely path filled with doubt and uncertainty. I spend my free time on long bike rides, bouldering, and love a good argument or game of chess."

Sara Getchell works as a mortgage advisor for Whitecap Mortgage in Kennett Square.  She grew up in Coatesville, and after moving to L.A. and Arizona, came back home, and currently resides there again with her husband and two kids.  Sara has a BA in Musical Theatre from West Chester University, teaching certification in English, as well as a background in event planning and management.  She is excited to work with AHHAH as it involves bringing so many of her passions for children and helping them learn and grow verbally and creatively. 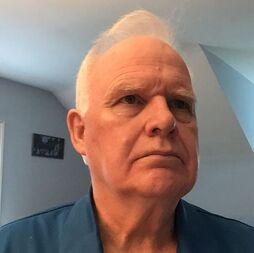 Richard Dowgun is a member of RSVP- VEC (Retired Senior Volunteer Program -Volunteer Executive Committee).  Richard was the RHC Information and Telecommunication Director -CIO of St. Francis Medical Center before retiring.  He was responsible for all aspects of Information Technology and Telecommunications for this Regional Health Corporation in central New Jersey.  Before that he was the Director of Information and Telecommunication Systems for Temple University Hospital Episcopal Division. Richard received a BA in English Literature from University of Sussex in Brighton, England. A Ph.D. in English Literature from University of Pennsylvania and a Master of Business Administration from The Wharton School, University of Pennsylvania with a Health Care Systems Major.  He graduated with distinction.  ​
Bethany Crane Jacke is a former Coatesville resident who recently moved across the county line but holds Chester County dear. With a background in early childhood education, special education and nonprofit management she hopes to have an impact in preparing the youngest children in the most need to overcome the cycles of poverty. Currently working as the Operations Director at Diamond Street Early Childhood Center, she has a passion for ensuring all children receive the support they need to reach their full potential and overcome obstacles. Along with her husband and kids, Bethany enjoys spending time outdoors, with their many pets and participating in community events.

Oni Lasana was born and raised in Philadelphia, PA and has been a resident of Coatesville for over 30 years, where she has served individually and with various organizations to empower woman and youth. As a cultural enrichment performing and teaching artist, poet, storyteller, short story author and podcast producer, she "Constantly Celebrates Creativity" with wellness, performances, literary programs, and workshops.
Serving on the advisory board of AHHAH is a perfect fit for Oni's life journey as an artist and humanitarian. She is excited and grateful to be in the circle of change with AHHAH, Inc. and contribute to the growth of such a vibrant, people conscious organization serving her community.
Since 1994, her program offerings under Oni Lasana Productions seeks to affirm all communities, communicate values, enhance cultural sensitivity, and inspire meaningful interaction. More about Oni @ www.OniLasana.com.
​
Paula Brenn, was on AHHAH’s board and served as the Secretary of the Board for 2 years.  She is a board -certified pediatrician.  She has been in practice for 28 years.  She earned her medical degree at the Medical College of Virginia, where she completed her internship and residency.  Dr. Brenn has a special interest in infant/child/adolescent nutrition and has also completed a 1 -year course in nutrition at the Institute of Integrative Nutrition in New York City.  Dr. Brenn is a fellow of the American Academy of Pediatrics and is a member of the Pennsylvania Medical Society. Dr. Brenn is the pediatrician for La Comunidad Hispana in Kennett Square.   Before joining LCH she was a pediatrician with Ches Penn Health Services in both Chester, PA and Coatesville, PA.  She is also a volunteer pediatrician with Community Volunteers in Medicine in West Chester, PA.
Dr. Brenn resides in Kennett Square, PA with her husband Randy.  She has 3 grown children, and in her spare time loves to run, practice yoga, cook and read.

Davon Clark hails from Camden, NJ/Coatesville, PA.  Davon served on AHHAH’s board for six years and is proud to continue working with AHHAH on it’s Advisory Board. Davon is the founder of ADC (A Davon Clark) Kid a children's multimedia company with an educational flare. Davon has 17+ years of combined experience and training in the entertainment and education fields holding two NAACP Image Awards. He has a bachelor’s degree in Theater and Communications from Temple University in Philadelphia, PA, coupled with international studies in London, England, at Northampton University. In 2017, Davon was awarded a Reading Hero Award from Wells Fargo, Read by 4th and Wawa Foundation due to his efforts around literacy in the community. And in 2018, Davon was awarded the Camden County Martin Luther King, Jr. Freedom Medal Award for his philanthropic work in the community. Davon currently works with autistic youth in Philadelphia, while doing interactive storytelling performances of The Adventures of Prada Enchilada throughout schools and organizations.

Paul Salvo worked in the financial services industry for twenty-seven years before retiring in 2010.
As a Vice President at J.P. Morgan Securities, Inc., Paul held managerial positions in technology and operations.
Work and educational credentials include:  Paul has served on the board of directors for the United Way of Southern Chester County and has been on the advisory board for Arts Holding Hands and Hearts, a non-profit organization in Chester County, PA. Paul is a resident of Kennett Square.
Paul is a former United States Marine and Vietnam veteran who practices Tai Chi and writes literary fiction.